Paul, in his own words…

Rita and I share backgrounds of service to others – family, church and neighborhood in our youth. Later we sought careers in serving those struggling with Mental Illness or addiction and assisting Intellectually Disabled individuals achieve independence and inclusion. Being thoughtful of others is “in our DNA” or at least it’s a long-standing habit. That’s not a boast, it’s just a natural fact.

In retirement, we knew that wouldn’t change. In 2011 we were able to acquire a second home, here on the Outer Banks. We commute regularly from our home in Western Pennsylvania, and we are here about 20 weeks a year. One day in 2012 we were driving down the Bypass and saw the sign on the OBRF offices and the word “Relief” resonated with our belief about helping others. Upon inquiry, we found, sure enough, one-time relief was what they were all about. Those assisted didn’t become a “member” of a life-long diagnosis, label, or statistic, but they are otherwise self-sufficient folks, our neighbors faced with a catastrophic event that without special intervention could set back or even derail their aspirations.

Further discussion showed this to be a free-standing, local agency with extremely low overhead (evidenced on their Budget Balance Sheet). They are not a part of a “Chain Charity” or government bureaucracy. They, thus, have simple, well defined eligibility criteria and streamlined procedures for quickly assisting those in immediate need.

Convinced this was a worthy endeavor, we offered to enter into an Endowment Agreement with OBRF, wherein we would designate a specific percentage of our estate, the principal being invested with the profit each year “in perpetuity” going to support agency efforts. We think that “in perpetuity” part really makes sense.

We then got involved with fund raising, specifically the Sandbar 5K beach race. However, the climate of charity fundraising began to change in the OBX and the agency (volunteer) board wisely decided to engage in stepping up their direct donation efforts. We knew from staying in touch with staff and volunteers that they had growing immediate needs (when you do good work, word gets out). Those immediate needs couldn’t wait for our endowment to actuate, so we began contributing annually at Christmastime.

Then when asked, we committed in 2018 to contributing to Impact OBX, a long-term direct donation campaign, because we believe there is a great and increasing number of challenges that our hard-working neighbors must get past. Therefore, our donations will go directly to that RELIEF, as directed by the most trustworthy “stewards” of the OBRF. We also will support GivingTuesdayNow.

We feel very blessed to have our health and adequate resources to enjoy life. A long-time friend, a pastor, who recently passed away would say “Save some grace for those who really need it, the reward is in the effort.” Thus, we encourage others to give now and to plan their estates not just to spare family members the hardship of guessing what to do, but to include some form of planned giving. All can include in their legacy the caring for humanity’s future by supporting worthy (i.e. researched, vetted) organizations committed to that mission. OBRF is the one at the top of our list for now and the future. 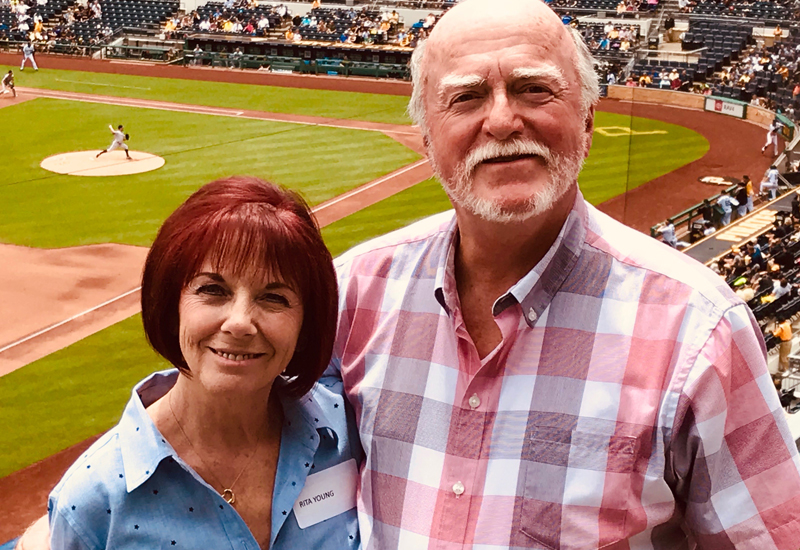